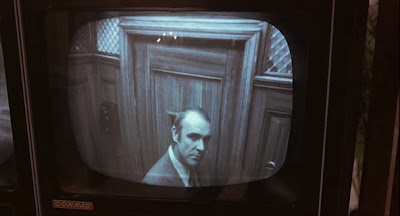 This film shows that already by 1971 and a highly-prescient two years before Watergate, there was a healthy preoccupation with surveillance technology.

Throughout the characters are recorded, listened into and followed around by third parties who may or may not use the ensuing data. Interestingly and in an uncanny echo of British intelligence recent exposure for “monitoring” internet behaviour with the key rider that they wouldn’t actually use it, much of the recorded material proves to be unusable: compromised by the same civil liberties that still get in the way of over-protective snooping.

Directed by Sidney Lumet, The Anderson Tapes raises these questions although I’m not sure if it ends up making whatever point he had in mind. Civil liberties are in question as is the nature of freedom: a number of the characters come out of long-term incarceration and at least one of them wants to return to the (high) security of that situation whilst others are temperamentally unsuited to straight society. But is surveillance the way to deal with recidivism?

Sean Connery’s character, Mr Anderson (how about that, Matrix fans?) is one such repeat offender but as his opening interview with the prison psychologist – videotaped of course… shows: he doesn’t recognise the difference between his “crime” and the tolerated behaviours of bankers, the police and even married people. He’s a complete XYY Man: highly-intelligent, highly socialised and yet seemingly incapable of moral alignment with the Norm…

Lumet confronting the nature of “criminal” intelligence as he was to do again in Dog Day Afternoon, rather more successfully it has to be said.

That’s not to say that The Anderson Tapes isn’t a very interesting movie. There’s a superb performance from Sean Connery which famously helped free him of the James Bond casting whilst we also have the screen debut of one Christopher Walken. Oh and Dyan Cannon’s in it as well although she isn’t really given enough to do.

The soundtrack from Quincy Jones is also worth a mention as it skilfully combines electronica with the soulful modern jazz composition you’d expect: a giant of modern music who worked with everyone from Duke Ellington to Michael Jackson with Frank Sinatra and New Order in between.

Connery is John "Duke" Anderson who is released on the same day as “the Kid” (Walken) and William "Pop" Myer (Stan Gottlieb) who is so desperate to go back. If the Kid has plans to go straight, Duke’s objectives are to stay outside the law.

But his immediate concern is to renew acquaintance with his old girlfriend Ingrid (Dyan Cannon) who is being kept in a very fine apartment by her sugar daddy Richard B. Shull. After a few days Duke hatches a plan to burgle the entire building which is crammed full of wealth and possessions.

He enlists the aid of the Kid as well as Pop and some old friends, including antiques expert Tommy Haskins (Martin Balsam giving a superbly camp turn: easy to forget how out of bounds homosexuality still was at this time).

But to get funding Duke needs to call in favours from the local mob and goes cap in hand to Pat Angelo (Alan King) who owes him a favour after he took the time for someone else’s crime… but there are strings attached, Duke needs to add a character called "Socks" Parelli (Val Avery) to his crew and then he needs to “dispose” of him at the caper’s close…

There are the traditional stirring sequences of the job being set up, Tommy knocking up the varied residents in order to assess their valuables and the finer details being argued over. 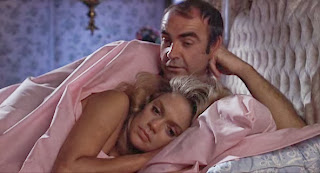 Also at this time, Duke loses the upper hand with Ingrid as her boyfriend has recorded all of their conversations and, rather generously, offers Duke a free run at the apartment block just so long as he gets the girl. Left with little choice, Ingrid follows the money and leaves her risk-laden lover adrift… Further proof if Duke would only heed it of the cards being stacked against him. 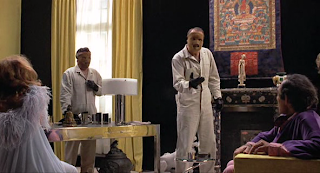 The job kicks off and Duke seems to have all the angles covered as each apartment unveils its loot and a rich assortment of New York’s wealth elite: outraged upper middle class professionals, a man who won’t even give up his safe’s combination in exchange for his wife’s safety and an elderly woman who claps her hands in glee: “a robbery!” 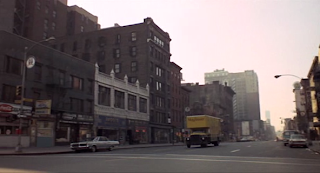 But the men fail to secure the room of an asthmatic boy who has a ham radio – those electronic gadgets just get everywhere… He contacts other "good buddies" who manage to relay his call for help to the police (in those heady days of private radio broadcasting, it wasn’t so easy to target your messaging: a bit like posting a comment online waiting for a response…is there anybody out there?).

Duke is undone but he doesn’t know it yet and the robbery proceeds as the police amass in the surrounding streets. It’s quite chilling to see the quiet streets around the apartment over-loaded with hundreds of armed police, fire trucks and cars: Lumet offers a sardonic view of the forces of order. Would even a fraction of this army be mobilised for a corner shop hold-up on the Lower East Side? 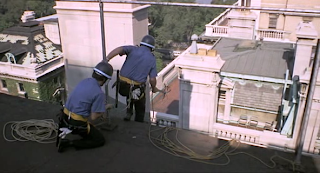 Officer in charge Captain Delaney (Ralph Meeker) orders a squad to climb onto the building from the neighbouring one and the camera follows their efforts, mirroring the efficiency of Duke’s operation: all this effort and for what?

The officers work their way down the interior stairs of the house and Duke finally hears their voices. Lumet darts back and forth from the aftermath as the victims are interviewed and taken care off. It’s an interesting technique which not only reveals elements of the narrative but also reinforces the inevitability of Duke’s defeat.

But there are twists and turns and this chopping in sequence and time underscores the drama and the desperation of Duke’s struggle to grab what he can from life.

The Quincy Jones soundtrack is superb and not what you’d expect perhaps but he was a man of very broad talent!

Dusty verdict: Sean Connery gives a Bond-busting performance that helped move him on from gadgets if not guns and girls. 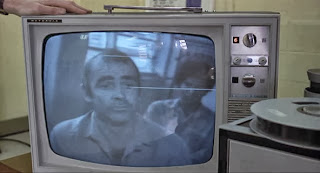 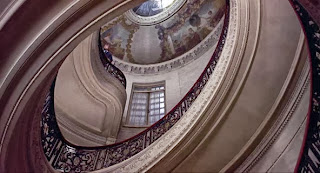 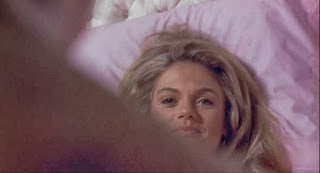 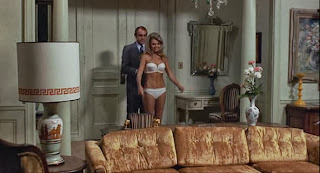 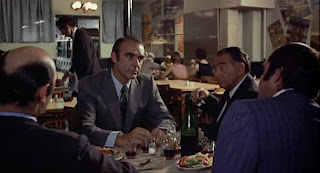 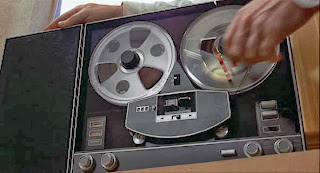 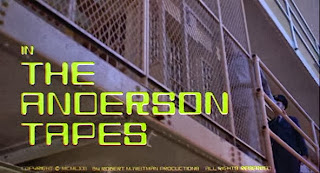 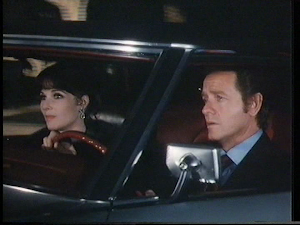